Apparently, there are people in Alabama that have tried driving while wearing blindfolds. So as a law, you are forbidden from driving while blindfolded.

Traffic laws in St Louis forbid drivers from honking another driver’s horn. Why this law was implemented is anyone’s guess.

Traffic laws in Youngstown forbid drivers from running out of gas. You’d be wise to try and drive on a full tank if you are going long distance.

In Minnetonka, you are forbidden from off-roading or mudding. In fact, if you drive a car with excessive dirt on it, you will get a ticket. 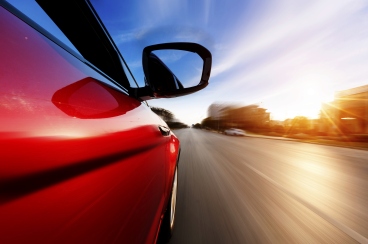 In Little Rock, you are not allowed by law to honk your car’s horn after 9pm while around a restaurant that has cold drinks and sandwiches in its menu…

In Dublin, it’s illegal to drive your car through a playground. You don’t say!

In this Street, Kansas Avenue, you are forbidden from driving with dead poultry in your car, regardless of whether it is fried chicken or frozen turkey.

Now Around The World :

In Philippines, it is considered unlawful to drive a scooter while wearing flip-flops, sandals or bare feet. To avoid trouble with the law, you’d better have closed shoes on while enjoying a ride on your scooter.

Apparently in Denmark, drivers need a law against starting a car while there is someone underneath it.

You can get jailed for six months or get fined $10,000 for driving over 30mph or over the speed limit.

You are not allowed to carry food or drinks in your car in Cyprus. If you get hungry, you’d better find a restaurant!

What Are Some Odd Driving Laws You’ve Heard Of? Let Us Know In The Comments Below!